The prevalent environmental issues of Darling’s time were the same that are of concern today–wildlife extinction, pollution, and the overuse of natural resources. These environmental concerns inspired Darling to create awareness by drawing cartoons that expressed the obstacles at hand. There is one cartoon that comes to mind for conserving migratory waterfowl called “Going to Join the Buffalo,” which is one of Darling’s early cartoons that depicts migratory waterfowl moving out of Iowa holding bindles. It was one of his first cartoons recognizing endangered species. Darling was involved in creating a program that would help restore and conserve migratory waterfowl from becoming extinct. Waterfowl were having a hard time reproducing efficiently for their population to grow due to the amount of land development that was occurring. He wanted to shed light on conservation ethics, thus the creation of the Federal Duck Stamp. This led to a more responsible approach to waterfowl hunting and conserving habitats and became an important source of funding for the Migratory Bird Conservation Fund that has protected more than 6 million acres of waterfowl habitat. Today, human activity has caused habitat loss and pollution that have affected the health and wellbeing of many birds including waterfowl. Food loss has occurred due to competition of other species or loss of food sources. Furthermore, less waterfowl hunting has caused a shift in the waterfowl population. Some waterfowl, such as the non-migratory Canadian geese, have become overpopulated. Their droppings and grazing habits have ultimately caused an overload of nutrients in ponds, damaged crops, and raised health concerns for drinking water and beaches. The U.S. Fish and Wildlife Service has tried to help regulate Canadian geese population growth by allowing property owners who have acquired proper authorization to use certain controlled methods. Darling always believed that humans and wildlife could live together and contribute from one another, which is why I believe that placing certain rules to help regulate overpopulation is essential for the wellbeing of wildlife, humans, and the environment.

Pollution was a major environmental issue that worsened during Darling’s era. Due to more pollution being brought into the environment, Darling wanted to express his concerns by creating cartoons that bring awareness to the world. He created a cartoon, “What Man Does to the Most Beautiful Gift of Nature,” that depicts a river with waste being poured into it and animals being affected by the polluted water. Also, in 1946 Darling started a campaign on Sanibel Island for others to learn about the causes of the red tide event that killed up to millions of fish. The red tide was due to enormous amounts of nutrients and waste in the water. He addressed in a letter:  “That stretch from Naples as far north as Tampa has pretty well been denuded of food fish and sport fish.”

Sadly, pollution is still a problem today. Many of our natural water sources are polluted from waste, nutrients, elements, oil spills, or microplastics. Furthermore, the biodiversity within aquatic ecosystems is declining at a rapid pace. I truly appreciate Darling for bringing awareness to the public about restoring waterways that were being destroyed by pollution. Lake Darling is an example of an aquatic ecosystem that Darling in 1950 helped to set the gate of the dam forming the lake. The lake became part of Lake Darling State Park. However, after many years of runoff from farms and silt buildup, the lake became polluted. Darling’s vision for this state park brought everyone together to help fund the restoration of Lake Darling. I truly believe that this should be done in many areas of the world. It shows that people can come together and create a better ecosystem for their community that could ultimately rejuvenate areas for wildlife to thrive.

Lastly, another environmental issue of Darling’s day was the misuse of natural resources. Darling was fully conscious of how wealth brought many men to take up as much resources as possible for their own profit. It was during a time that people did not understand much about conserving habitats, yet it was more about over development for human use. This predicament has become more apparent than ever before due to overpopulation. When I was looking through the editorial cartoon book, I stumbled upon a cartoon, “How Rich Will We Be When We Have Converted All Our Forests, All Our Soil, All Our Water Resources and Minerals into Cash?” Darling was able to capture the world where he labeled “U.S. Mine or Natural Resource” while showing humanity dumping waste and using up all the resources that are in the world for wealth. This cartoon resonated with me because it is so prevalent in today’s society–even worse than it was back in 1938.  So much waste that has seeped into our oceans and land has adversely affected the health of many ecosystems as well as the health of biotic organisms including humans. I felt that Darling had a vision of where the world was heading and knew that human profit was less important than earth’s wellbeing.  For more information about the editorial cartoons of Jay N. Darling, you may visit Drake University Cowles Library or The University of Iowa Libraries.

The Jay N. Darling Legacy Center at Drake University is advancing the legacy of America’s darling. Programs are being developed to preserve a legacy and inspire change. For example, the MISHA Program is a great opportunity for artists to become immersed in Jay N. Darling’s original works from his collection and to be inspired by Darling’s vision as an activist as well as an artist. Each artist has a chance to create his/her own work that is inspired by the Darling legacy, which is then presented in Canada and the USA. There is an educational program called Our Outdoor Heroes Elementary Curriculum Program that teaches young students about stewardship heroes throughout the history of conservation, allowing the next generation to explore their passions through Darling’s work. Another educational program is the Internship Program, which provides opportunities for college students to gain more awareness about Jay N. Darling and challenges them to express their viewpoint on the Jay N. Darling legacy. There are other programs that are available, and I fully encourage anyone who is interested in art, the environment, or has a passion for both to further explore as well as apply to any of these programs on this website.

There was much more that I learned from this internship, and I feel privileged to know about Jay N. Darling’s legacy. I would like to thank my mentors Sam Koltinsky and Pat Fralick who helped me along the way and inspired me to challenge myself. Darling was truly inspiring to me. The cartoons he created resonated many problems in the world, but they also had a humorous flare to them. By devoting his life to conserving natural resources, he became a pragmatic person who was not afraid to start a conservational movement. I will always carry his story through my future endeavors and hopefully have a chance to educate others. It takes everyone to make a difference for the environment and to help the next generation understand ways to be more sustainable in everyday activities. As Chief Seattle, an Indian chief who argued in favor of ecological responsibility said, “Man did not weave the web of life, he is merely a strand in it. Whatever he does to the web, he does to himself.” Darling knew this to be true, which is why he took active strides to preserve this world and to keep educating others. (Continued) 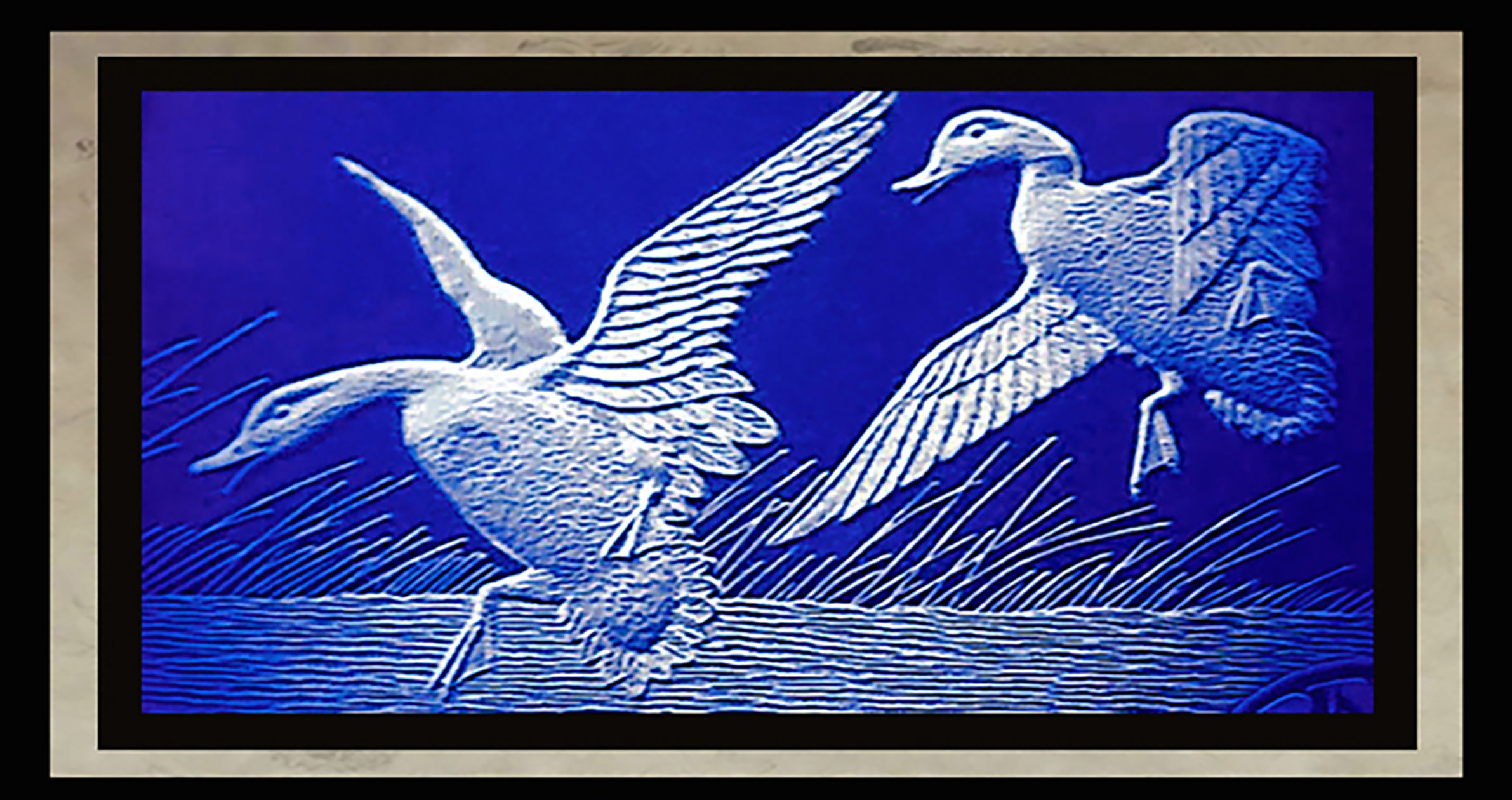